Today, for the first time in history, the pope addresses a joint session of Congress of the United States. The general theme of his speech will be world unity, and working together for the common good of mankind. It sounds admirable, but this has been one of the devil’s lies from the beginning.

1,700 years ago, another great politician brought world leaders to the table to discuss unity, and how they could bring a persecuted sect of people together. Those people were called Christians, and they were deeply divided on a few very important principles.

The fourth century began with one of the cruelest persecutions of the Christians in history. In 303 AD, Emperor Diocletian launched his last attempt to exterminate Christianity from the earth. At that time, Christianity was growing by leaps and bounds throughout the Roman Empire. The Christians were outstanding citizens, but they were seen as a threat to the Empire for ONE reason: they refused to acknowledge the divinity of the emperors or to call Caesar their “lord.”

Life for a Christian during this time was persecution above ground, with prayer and worship below ground. For the next 10 years every cruelty imaginable was laid onto any Christian who would not deny Christ and acknowledge Caesar as “lord.” 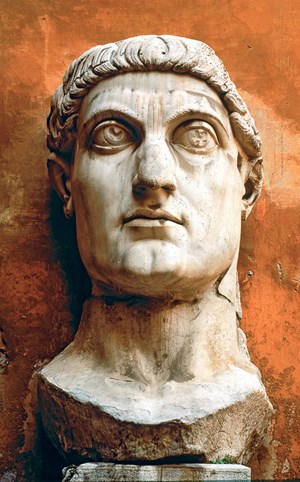 It was a Roman Emperor called “Constantine the Great” who rose to power and ended the blood-thirsty persecution of Christians.

Most believers know that Constantine was the one who gave power to the Catholic Church, but historians generally show Constantine in a different light. He became emperor of Rome when he defeated two of his rivals during a civil war. Just before one of the final civil war battles, he had a dream where a white cross appeared before him. He felt it was an omen that if Christians prayed for him, he would win in battle. He painted crosses on his shields, and then defeated overwhelming odds to win rule over the Roman Empire. As the new emperor, he quickly stopped the rampant killing and torturing of Christians, and gave them freedom of worship.

Constantine is known as the first “Christian” Roman emperor, however his Christianity was only political. His greatest asset was his ability as a master politician. He saw division in his kingdom between the different sects of Christianity, as well as the pagans. In a move to strengthen his kingdom, he brought religious leaders together (Nicene council) to resolve religious differences. Among the things they debated were: the Deity of Christ, Godhead, Eternal Sonship, date of celebration of Easter and other holidays, and others. This was the first time that the power of the state (Rome) was used to convene a large number of religious leaders (bishops) to come to an agreement on doctrinal issues (ecumenicalism). The council mixed the power of the state (Rome) with the church to give authority to enforce the Catholic doctrines on the common people. Thus, we see the horse rider was given his sword to kill.

Here is what Brother Branham wrote about Constantine in “An Exposition Of The Seven Church Ages.”

But this freedom from persecution and death was not as magnanimous as it first appeared. Constantine was now the patron. As a patron his interest was somewhat more than that of an observer, for he decided that the church needed his help in her affairs. He had seen them disagreeing over various matters, one of which involved Arius, Bishop of Alexander, who taught his adherents that Jesus was not truly God but a lesser being, having been created by God. The Western Church held the opposite view, believing that Jesus was the very essence of God and as they said ‘co-equal with the Father.’ With such matters, along with the intrusion of pagan ceremony into worship, the emperor called for the Nicene Council in 325 with the thought that he would bring all groups together where they could iron out their differences, and come to a common understanding, and all be one. Isn’t it peculiar that though this started with Constantine it didn’t die but is very much alive today as the “World Council of Churches”? And where he failed to truly achieve it, it will be achieved in this day through the ecumenical move. 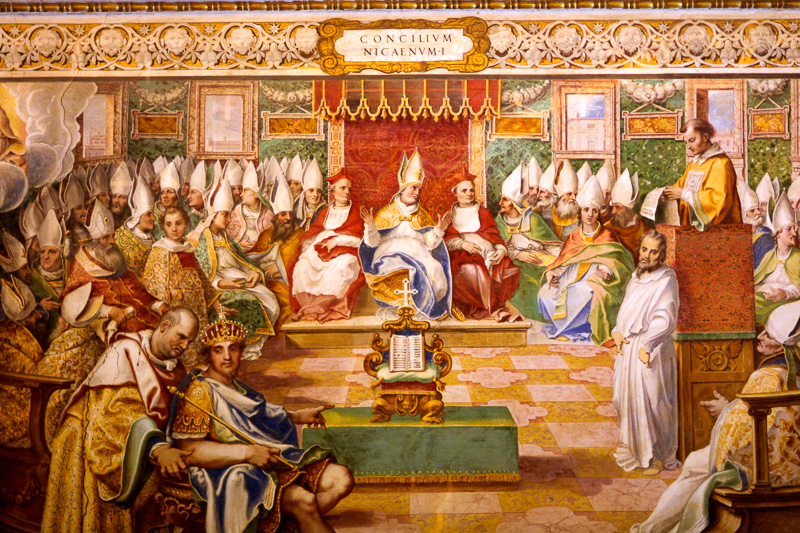 The Emperor Diocletian and his evils were a minor thing compared to what Constantine began, all in the name of unity. Even today, we are seeing the power of the pope continue to expand through the same spirit of Constantine’s ecumenical counsel.

Today the pope is addressing a joint session of the United States Congress. It’s a far cry from the solid beginnings of the United States. No president, except Woodrow Wilson on a stop in Rome in 1919, had ever met with the pope until 1959. Eisenhower’s meeting on December 6 of that year marked a policy change within the U.S., leading to every subsequent president meeting with the pope. Since then, popes have been instrumental in most of the Unites States’ major international affairs, including the Cuban missile crisis of 1962, the Iranian hostage crisis of 1979, the Cold War and fall of the Soviet Union, and most recently, diplomatic relations and trade with the Communist country of Cuba.

Almost exactly 50 years ago, Pope Paul VI came to New York, where he addressed the General Assembly of the United Nations. Here is an excerpt from his Oct. 4, 1965 speech, speaking of the goal of the UN to unite countries and comparing it to the goal of the Catholic Church to unite religions:

Let us use the formula: to bring them together with each other. You are an association, a bridge between peoples, a network of relations between States. We are tempted to say that in a way this characteristic of yours reflects in the temporal order what our Catholic Church intends to be in the spiritual order: one and universal.

The pope is now thrusting his hand into something that is appealing to the whole world: feeding the poor, eradicating poverty, and stopping global warming. Not only is he addressing the most powerful government in the world at a joint session of Congress, but he will be addressing the General Assembly of the United Nations on these subjects. He is positioning himself to be the premier player on the world political scene.

He then will be talking “family values” on Saturday at the World Meeting of Families in Philadelphia, where they are expecting the largest gathering of people ever on U.S. soil. One encouraging bit of information that we would like to share is that a few believers had the forethought to reserve a billboard on the pope’s procession. Tens of thousands of people will see the non-intrusive picture of a woman holding prayer beads with the question, “In the Name… What is the Name?”. This tract was designed specifically for Catholics, many of whom will never take any religious literature unless it’s from their mother church. Of the million people that will be present, maybe, just maybe, there will be one in that million. 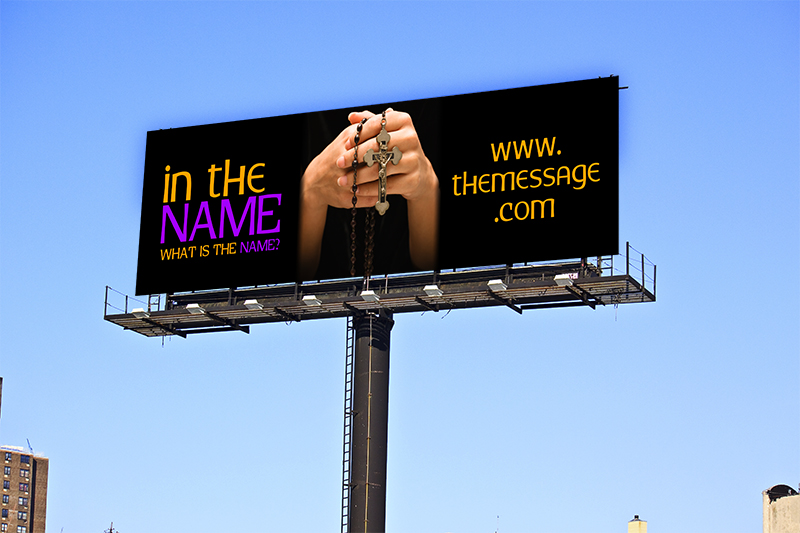 The pope is scheduled to leave on Sunday evening at 8:00, and will be traveling above the clouds across the Atlantic Ocean. The lunar eclipse begins at 8:11. He will no doubt look out his window and see the blood-colored moon. Maybe he will think of the loyal little church that has been tortured and murdered for centuries at the hands of evil Roman rule, or maybe he will think of that billboard he saw in Philadelphia.

We will post an article on Sunday’s blood moon tomorrow.