The pope arrived yesterday afternoon as scheduled, and is today meeting with President Obama.

There will be a welcoming ceremony this morning, with 11,000 people gathered on the White House lawn. Keeping to the standards of the modern world and prophecy (Luke 17:29-30), President Obama has taken the opportunity to invite a few well-known gay-rights activists to be in the audience for the pope’s address.

After the meeting with the president, the pope will meet with US Catholic bishops, and then do something that no pope has ever done in the United States: canonize a “saint.” 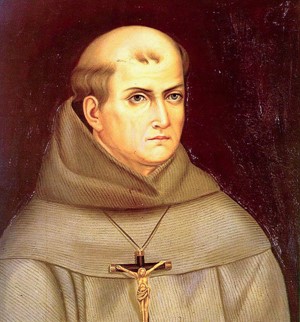 The so-called saint that the pope will be canonizing was a Spanish friar named Junípero Serra Ferrer. His work was in Mexico and southern California in the middle 1700’s, and he is credited with introducing (often by force) Catholicism to the West Coast. Not only was Serra a well-known missionary, but he was responsible for bringing the Spanish Inquisition into his area of Mexico (the Spanish Inquisition is one of the most brutal times in history, where thousands were tortured and killed by the Catholic Church). One of the things Serra is famous for is his own self-punishment, where he would beat himself to “purify his spirit.” He once beat himself with a chain before an audience in Mexico City. One of the onlookers felt so condemned that he grabbed the chain from the priest and started beating himself. Serra watched as the man beat himself to death (the man was able to take the sacrament before expiring). The priest moved to southern California, where he routinely beat and enslaved the native Indians of the area to further the cause of Catholicism.

A little more information on the pope:

We’ve all heard Brother Branham mention the relation of 666 and the pope. Here’s how that number is calculated.

Here is wisdom. Let him that hath understanding count the number of the beast: for it is the number of a man; and his number is Six hundred threescore and six.

Vicarius Filii Dei literally translated from Latin is “instead of Christ.” The words, “Vicarius Filii Dei” were first used when Constantine turned over a large part of the Roman Empire to the pope’s leadership.

The title proclaims that, next to God, the pope is the ruler of things in heaven, on earth, and beneath the earth. You’ve probably also heard Brother Branham refer to the “triple crown” of the pope. The papal tiara (crown) is shaped like a three-tiered beehive to give the appearance of three rounded crowns, each on top of another. This is to indicate that he wears a triple crown and has authority in heaven, earth, and under the earth. The following statement is taken from Catholic Council, which took place in the 15th Century:

“We define that the Holy Apostolic See and the Roman Pontiff holds the primacy over the whole world, and that the Roman Pontiff himself is [1] the successor of the blessed Peter, prince of the apostles; and [2] the true vicar of Christ, [3] the head of the whole church, and [4] the father and doctor of all Christians; and that to him, in the blessed Peter, was given, by our Lord Jesus Christ, full power to feed, rule, and govern the universal church, as is contained also in the acts of the ecu- menical councils, and in the sacred canons.” — Council of Florence, Session XXV, July 6, 1439, Definitio, in J.D. Mansi, ed., Sacrorum Conciliorum [Holy Councils], Vol. 31, Col. 1031 [translated from the Latin] 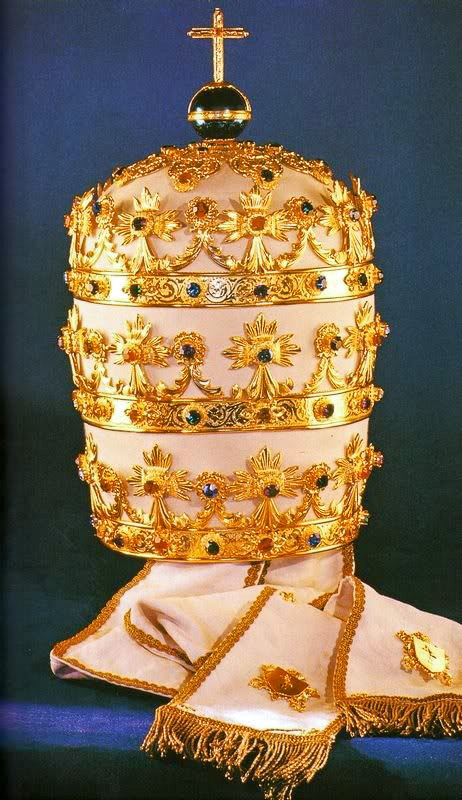 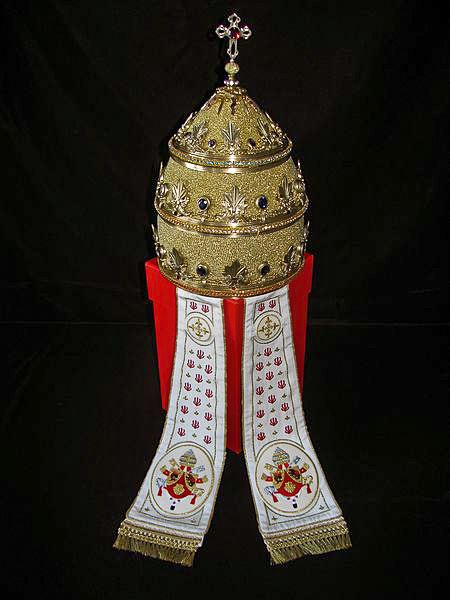 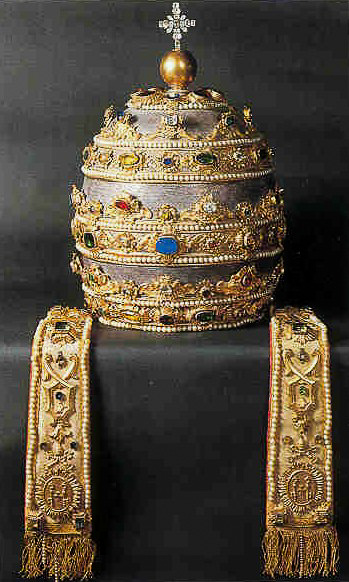 In a letter at the end of the 19th Century Pope Leo XIII made this statement for unity of the East and West churches.

“We [the pope] hold upon this earth the place of God Almighty.” — Pope Leo XIII, Encyclical Letter “The Reunion of Christendom”

Here is how it adds up in Roman numerals: VICARIVS FILII DEI. “V” is put in place of “U” (“V” and “U” were the same letter, “V”, until the late middle ages). No value is given to letters that are not Roman numerals.

“But there raised up a pharaoh who didn’t know Joseph.” The same thing today, a man has raised up and took oath in the—in the White House, that will not swear to his oath, will not take his oath that he believes in freedom of religion.

What’s this new pope saying? One…Four things that he has. One of them, is to unite the Protestant and the Catholic together. And to any intellectual person, that’s the thing to do. But according to the Bible, it’s the wrong thing to do. And the Bible said they would do that.

The natural man, the antichrist, is growing now. Through politics, he’s already got to the White House. In religion, he’s got all the people so scrupled up, till actually they’d fall right for it. And the denominational leaders, practically every church that there is in the nation, is already in the confederation of churches. Raamses is growing. And they’re all uniting together, and that’s what they’ll have. And what does it do? It makes a power, a beast just like the first one.

Then there’s a persecution coming upon all those who won’t unite with it, and a boycott. It’ll be too late then. You’ve already took the mark. Don’t say, “I’ll do it then.” You better do it now. Raamses was growing.

But remember, while Raamses was growing into power, in Egypt, God had Moses in the wilderness. He was growing, too. Raamses had a political system. God had a spiritual system, under a prophet, ready to come down, to speak to the people.

We will be posting more information on the blood moon and the pope’s visit in the days to come.